Clean and activate your spring! 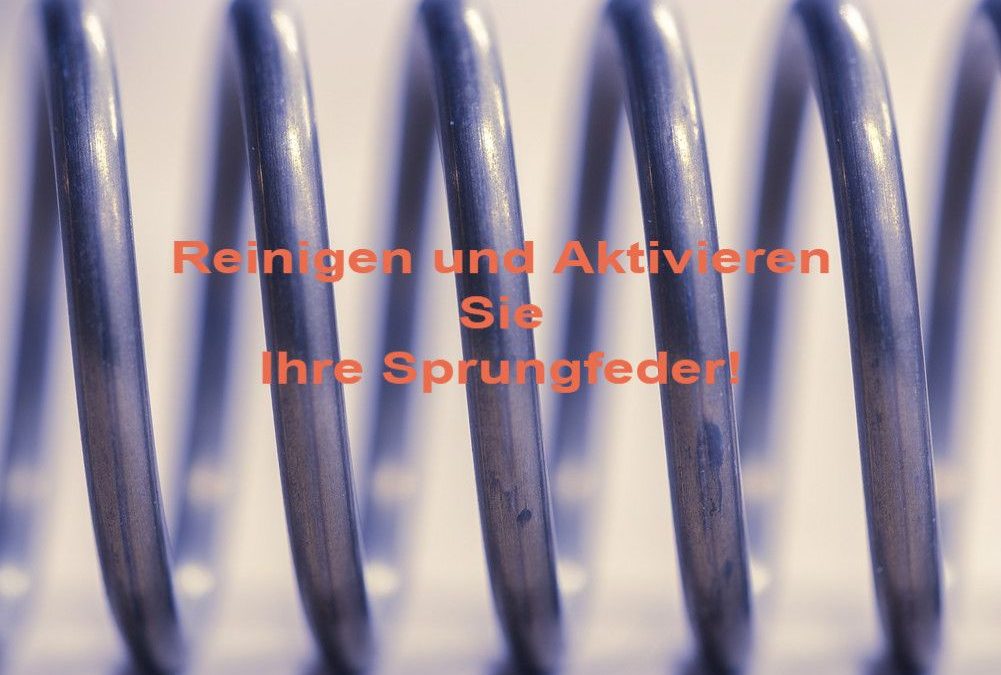 Let this term sink in for now – and make a note of it!
It’s best to write it down, it will be important in the future!
You will not find “tensegrale movement” in the Duden or on Wikipedia, just as little as the term “plyometry” !

Get a Bellicon & Just Start Jumping!

In the following paragraphs I could explain to you what fascia are, how the fibroblasts work and the young collagen molecules come together to form a triple-helical collagen helix within 35 to 240 minutes. But that won’t get you anywhere. The information that fibronectin, as an anchoring molecule, fixes the collagen helix both to the basal lamina (cell wall) and to each other, will also be difficult to implement for yourself, as very few of us are scientists and the didactics is therefore simply disadvantageously complicated.

I would like to make it easier for you and I will translate for you: Tensegral movements = springy movements
THROUGH tensegral movement you get to plyometry (jump & land)!
Yes, ladies and gentlemen, the swinging, jumping and feathering that was believed dead and demonized by everyone is back! For many years people were afraid of the shear forces produced by swinging movements, because they were seen as the cause of joint wear and tear and osteoarthritis – the opposite is the case!

You jumped as a kid too … all day long if possible. Because it is fun!
Can you remember? Can you tell me why you stopped doing this?
The adult world is apparently too serious to jump, because the Grand just stops there, because “you don’t do that anymore at this age”, but THAT is exactly the point!

let us REACTIVATE your spring and blast off the dirt that has accumulated over the years due to too much stress, too much sitting and too much wrong movement patterns.
Do you want to be flexible like a bamboo again? Flexible and unbreakable!
Then let’s start with tensegral movements in order to later train the fascial system with sweeping, catapult-like movements.
Best with a physiotherapeutically useful device like a Bellicon . Assemble your own Bellicon HERE .

No matter what age you are, your body aligns itself with the signals you give it.
Try it out and book a large piece of health and quality of life for yourself or your employees.
Under info@personaltraining-mallorca.com I am at your disposal at any time
I wish you a nice weekend and send warm greetings to everyone

picture of Bruno / Germany on Pixabay